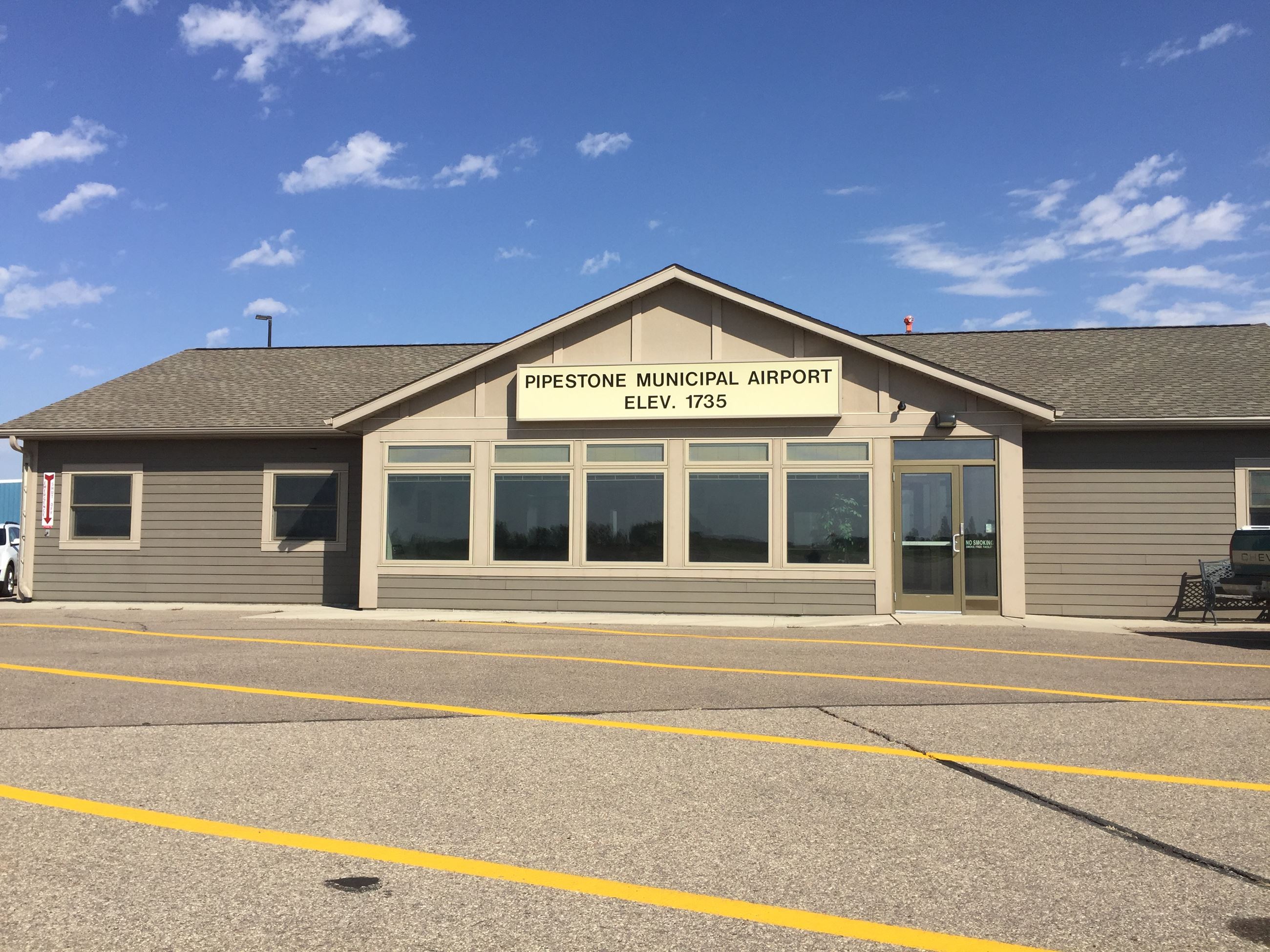 Pipestone Municipal Airport has been in existence since 1945. This facility is located southeast of the city, adjacent to the industrial park on approximately 350 acres of land. The airport is a publicly owned, general aviation facility classified as an "Intermediate System" by the State of Minnesota System Categories. An Intermediate System, by definition, is an airport having a paved and lighted runway less than 5,000 feet in length, capable of accommodating all single engine and most twin-engine aircraft, as well as some light-jet aircraft.

The lighted, paved runway is 4,312 feet in length, 75-feet wide, and runs north / south. An east / west crosswind runway is also utilized by the airport. The unlit turf runway is 2,359 feet in length and 221 feet in width.

The newly constructed arrival / departure building opened its doors in April of 2008.