(A)          Ice and Snow a Nuisance.  All snow and ice remaining upon public sidewalks is hereby declared to constitute a public nuisance and the owner or tenant of such property shall cause said nuisance to be abated within the time specified on a Notice of Snow Removal which shall be in the form of a red tag citing this section and affixed prominently to the premises.  The owner or tenant of such property must remove all snow and ice the full width of the sidewalk. If the abutting property is without the Central Business District, as defined in Chapter 153, such snow and ice shall be removed within twenty-four (24) hours after it has ceased to be deposited.

(B)          City to Remove Snow and Ice.  The City may cause to be removed from all public sidewalks, all snow or ice the full width of the sidewalks which may be discovered thereon after it should have been removed therefrom in accordance with Subdivision 1, and it shall keep a record of the cost of such removal and the private property adjacent to which such accumulations were found and removed.

(C)          Cost of Removal to be Assessed.  The City Clerk shall bill the property owner, and if payment is not received within forty-five (45) days, upon direction of the Council, extend the cost of such removal of snow and ice as a special assessment against the lots or parcels of ground abutting the walks which were cleared, and such special assessments shall be at the time of certifying taxes to the County Auditor be certified for collection as other special assessments are certified and collected. 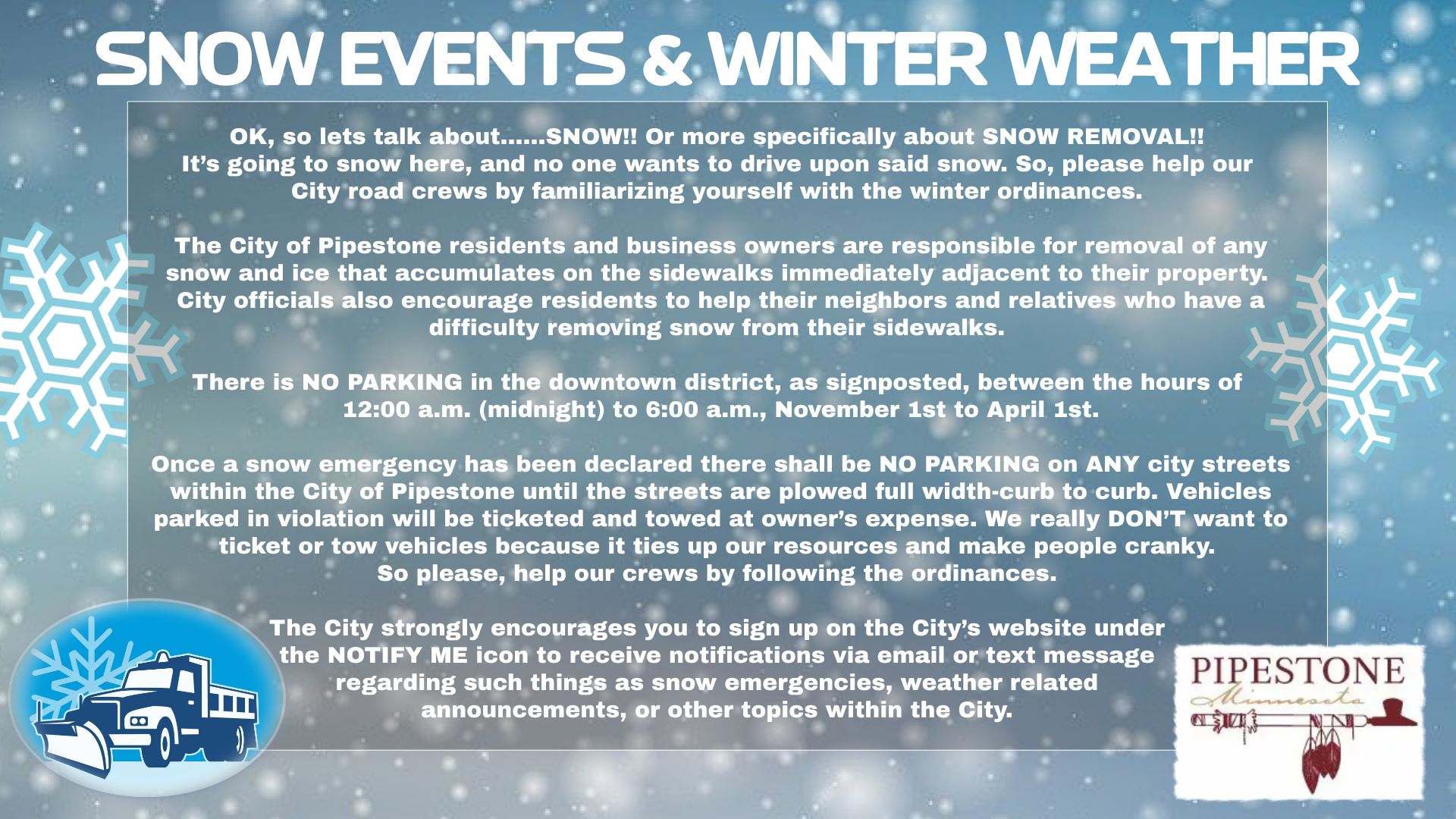 
To sign up to receive a notification on when the City has declared a Snow Emergency enroll through the Notify Me icon on the left hand side of this page. You can receive notifications via email or text message under the Alert Center Notification section of the Notify Me page.