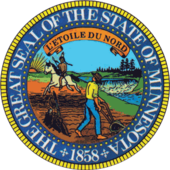 Both houses of the Legislature meet between January and the first Monday following the third Saturday in May each year, not to exceed 120 days per biennium. Floor sessions are held in the Minnesota State Capitol in Saint Paul, Minnesota.
Online Utility Payment
Notify Me®
City Code Book
Report a Concern
City Council Meetings
[]